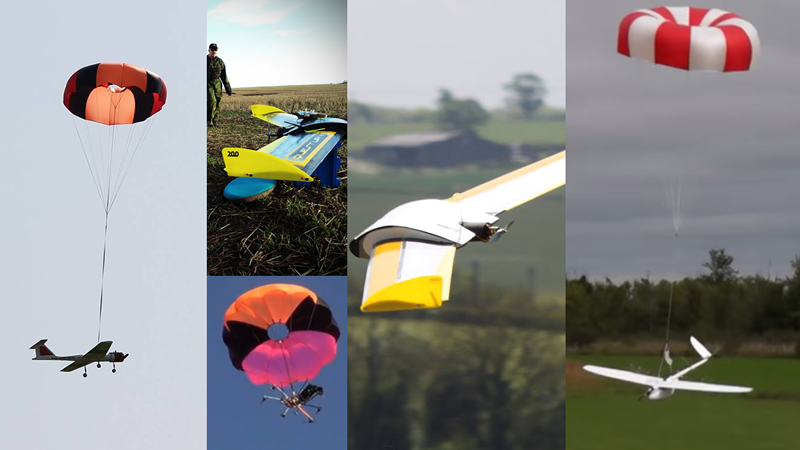 The emerging UAS industry (aka drones) is experiencing an era of rapid growth as of 2014. The Teal Group published a forecast this year that the industry will grow in excess of $91B over the next 10 years. This estimate may be low! Not only are the number of products offered exploding, but the value, size and weight of these systems is also increasing rapidly. In addition, there are growing concerns about the safety and reliability of these systems and the desire to offer a means of safely recovering these systems in the event of a failure or if there is a lack of suitable safe landing areas. The most cost effective method to mitigate these concerns is the simple and humble parachute. With this in mind, I wanted to write an informative page introducing the reader to many of the concepts to take into consideration. Below you will also find an explanation of the choices available within various recovery technologies, their advantages, and their disadvantages. We at Fruity Chutes have been making recovery systems for small to medium size UAS since 2009 and have shipped thousands of parachute systems around the world.

Key factors driving the need for parachute recovery systems include:

While many UAS users and businesses have thought about parachutes as a method of recovery, most have less understanding about the types of products being offered, the deployment methods, and what are the best products to use depending on the type of UAS.

Factors to consider for a UAS Parachute Recovery System include:

The most important factor that determines the efficiency (meaning the maximized drag per given canopy weight) is the canopy shape and design. Below is a list of common parachute design types:

Below is a table comparing different types of parachutes with regards to how they are measured, various parameters and the Performance Rating:

Just as important as the canopy shape are the materials used to make the parachute. This will directly impact the weight and hence the performance rating.

Canopy - Most of the parachute weight is in the canopy - between 50% to 80%. All modern parachutes use rip-stop nylon. There is a wide range of fabric weights, treatments, and quality. Most consumer grade nylon you can buy in a store or online weighs 1.9 oz / square yard (0.045 kg / m2). Most certified rip-stop parachute fabric is around 1.1 oz / sq yard (0.026 kg / m2). In addition, the material may or may not be coated. For parachutes, this usually means a thin silicone coating to seal the fabric. The downside is that it adds about 10% to the weight of the material. Another treatment is to calendar the fabric, which means to flatten the weave to lower the porosity at no increase in weight. This is also referred to as F111 fabric and is used commonly in reserve parachutes. This is preferable when parachutes need to stay packed for long periods of time (years at a time if properly done). Coated fabrics can sometimes stick together or resist opening if they stay packed for long periods. F111 fabric can be packed reliably for years at a time if kept dry. Silicone fabric can be hard to handle and pack because it's slippery.

Shroud Lines and Harnesses – The shroud lines and parachute harness make up the rest of the weight of the parachute. Keeping these as light as possible will increase the performance rating. However, this needs to be done while maintaining the strength. The parachute can open very quickly, especially when moving at higher speeds. The force applied to the load is proportional to the square of the speed at deployment. Opening shock loads as high as 15G’s or more are possible and can put a huge strain on the parachute canopy and the lines. Maintaining high strength and a good design margin is desirable.

Common materials for shroud lines are nylon, polyester, Spectra or Vectran. One of the best materials to use for shroud lines is Spectra. It has the strength of Kevlar, so the lines can be made smaller and much lighter. Additionally, it is smooth and slick and resists abrasion and tangling. By using Spectra lines, the parachute's overall weight can be reduced as much as 35% with no decrease in parachute strength.

Having the parachute as light as possible means it can be packed into a smaller volume. A key factor is that packing density is not dependent on the parachute design as long as we're talking about nylon or materials of similar density. This has been verified by a number of studies done by different research groups. One study found that a density of 30lb per cu foot (.28 oz / cu") can be reliably achieved by compressing the parachute at an equivalent force of 15 psi. Compressing at 100 psi yields a density of about 45lb, but at this pressure you start to damage the nylon. For more, see Study of Pressure Packing Techniques published in June 1962.

Using the packing density factors given, simply divide the parachute weight by the factor to obtain the volume.

Harnesses, Shock Cords and Other Rigging

You do not want to connect the parachute directly to the UAS; it will not be stable and can oscillate back and forth. Instead, the parachute needs to be connected to the UAV via a length of shock cord. This makes the configuration more stable and allows the UAS to descend straight. The shock cord should be from 1.5 to 2 x the parachute diameter. From here, we connect to a Y-harness to provide a multi-point connection to the UAS.  See the example below of a properly sized harness and shock cord.

The shock cord can be made with Nylon or Kevlar. Nylon will absorb more of the initial opening shock, thereby lessening the stress on the UAS. Kevlar can also be used, but you need to carefully consider that Kevlar has very little stretch so the opening shock will be much stronger. There are ways to sew a tear-away section in Kevlar to lessen the opening shock load.

This is actually pretty simple yet easy to get wrong. For example, assume you want a parachute that lowers your UAS at 10 fps. This sounds good, but there are a number of problems.

The deployment system refers to the methodology used to eject the parachute into the air stream. There are two common methods:

This can be used when you have forward flight all the time, such as a Fixed Wing UAS. For these systems, the parachute is packed into a deployment bag (in most cases). To help pull this from the compartment, a small pilot parachute is provided that the wind will easily catch and pull out the deployment bag. The harness extends until the bag is pulled off of the parachute. The images below show the sequence of events during deployment:

Advantages of a passive deployment system are simplicity and lower cost. Disadvantages are that, for larger parachutes, the packing volume can be higher. This method also cannot be used for multi-copters.

In this case, the parachute is packed into a canister (usually cylindrical). Then either a mechanical force is used, like a spring, or a gas is used to eject the parachute. For gas, either black powder or CO2 is used. A general advantage of ballistic deployment is they can be used on UAS that can hover, such as multi-copters. They can also be used on fixed wing UAS. In addition, because ejection of the main parachute is direct, the deployment time is less and they can be used at a lower altitude. In any case, for multi-copters, the rotors do need to be cut after deployment so they don’t get tangled up in the parachute rigging.

Spring Ballistic Deployment Systems - The Skycat.pro system is an example of a spring-loaded canister. The parachute is rolled and pushed into a canister that has a retracted spring loaded piston, similar to a jack-in-the-box but with a more powerful spring. Upon deployment, a servo channel melts the wire retaining the spring and the parachute deploys. Advantages are simplicity and relatively lightweight. Disadvantages with a spring system include a limitation to mostly smaller parachutes due to the amount of energy you can reasonably get into a spring. Below is the Skycat.pro 5 kg system using a IFC-60-S parachute.

Gas Deployment - Black Powder - There are a few systems that use a pyrotechnic device to eject the parachute. REBEL Space (which has since ceased operation) provided the system below called RDRS from 1 kg UAVs up to 50 kg. 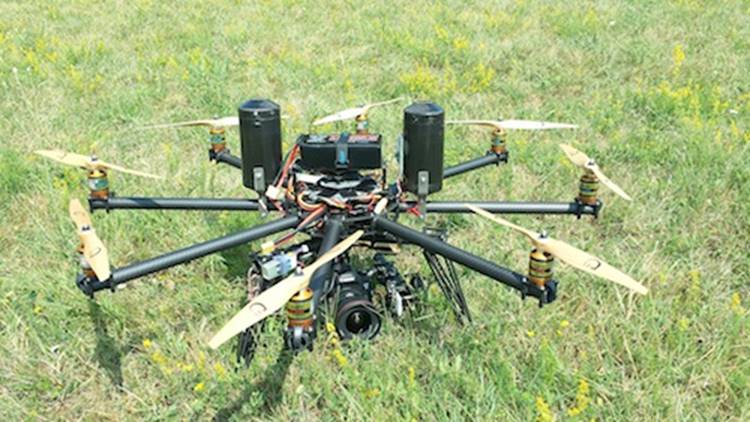 Gas Deployment - CO2 - CO2 deployment is the best method for active deployment. CO2 gas can exert a large amount of pressure and force and provide good loft even when ejecting very large parachutes. These systems can be used on UAS up to 114 lb (52 kg) or larger. 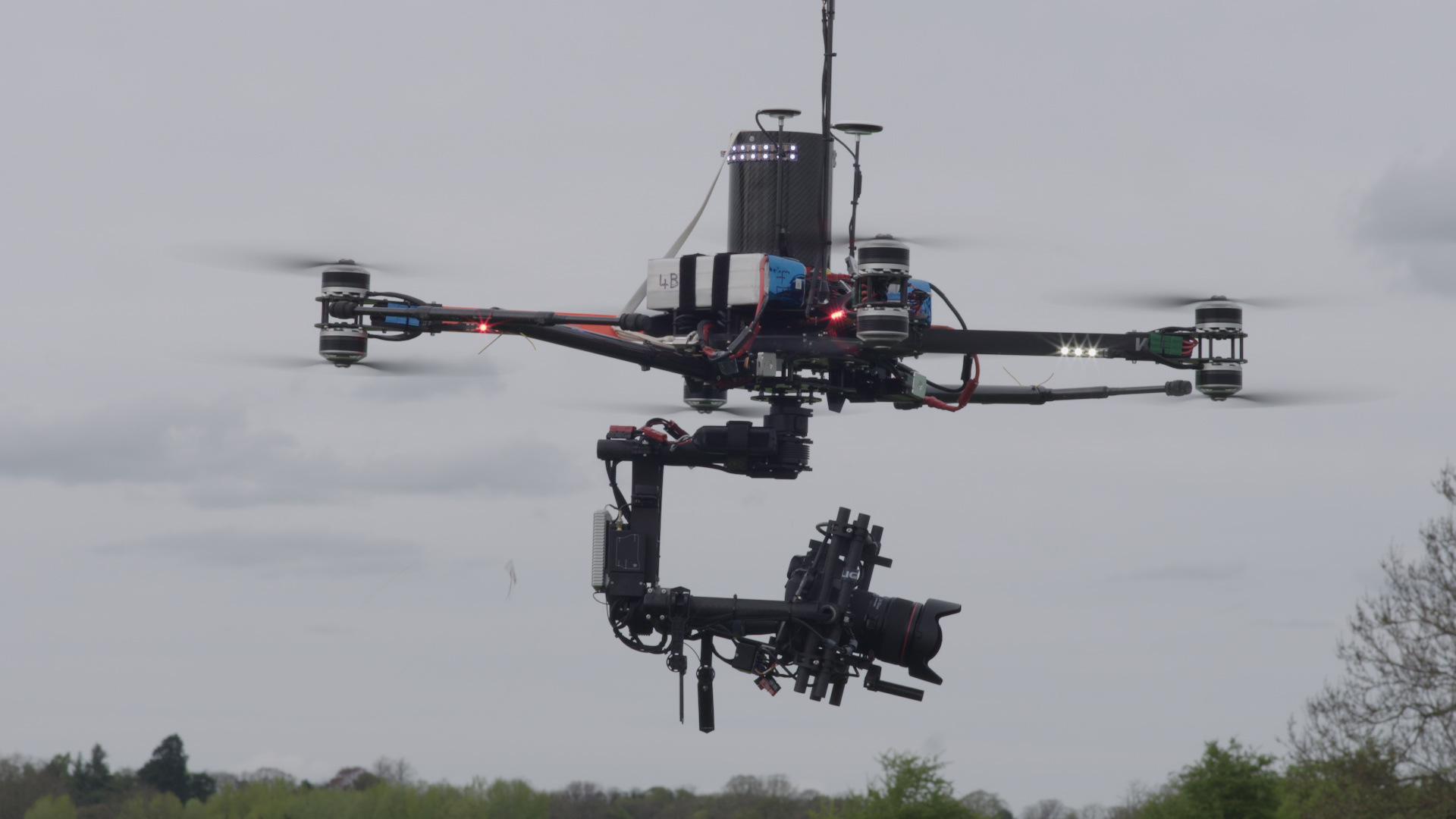 Below is the Peregrine IDS from Fruity Chutes. 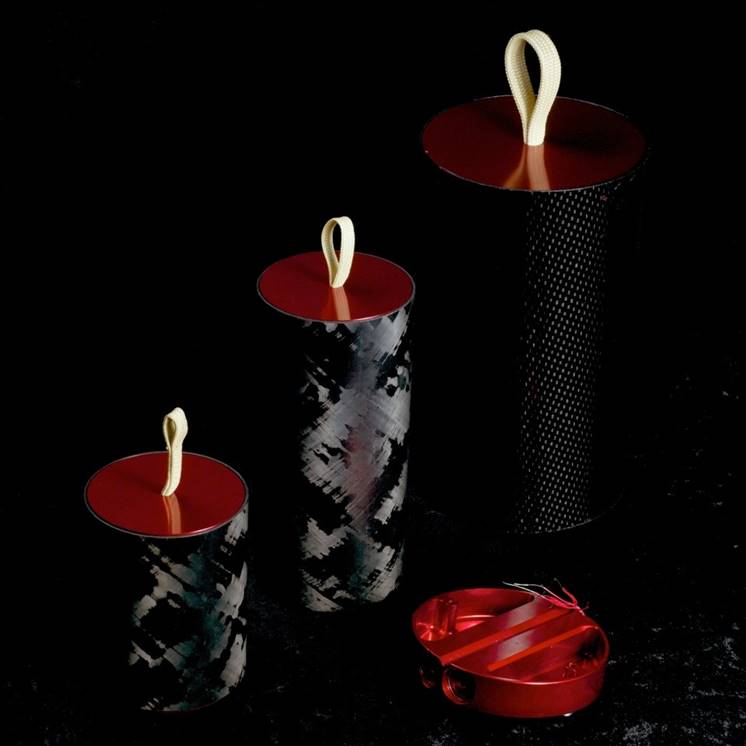 Between REBEL Space and some other UAS manufacturers, there are integrated deployment systems under development to be part of the UAS with an electronic reasoning system that decides whether activation of the emergency system or normal recovery system is needed. These systems continuously monitor the location and operation of the UAS. Via a decision tree, they shut down the UAV and activate the recovery system if, for instance, the drone flies out of the predetermined flying area or if a technical malfunction occurs that dangers the surroundings or the UAV operation. These are completely separate from the flight controller in case the FC CPU malfunctions. Look for more information about these soon.