How to Pack a Deployment Bag

We often receive this question: "What is the best way to pack a parachute into a deployment bag?" To answer, we've provided a pictorial below on how these bags should be packed.

IMPORTANT: UNDERSTAND THAT WE MAKE NO WARRANTY THAT THIS IS THE BEST WAY OR THAT IT WILL WORK IN YOUR CASE. AS ALWAYS YOU TAKE FULL RESONSIBILITY TO ENSURE YOUR PARACHUTE IS PROPERLY PACKED AND THAT A SUITABLE DEPLOYMENT METHOD IS PROVIDED!

Note about packing the Iris Ultra: It packs the same as the elliptical parachutes; however, the initial organization of the canopy is slightly different. 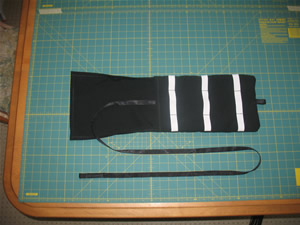 We're packing a 120" parachute into this small bag. 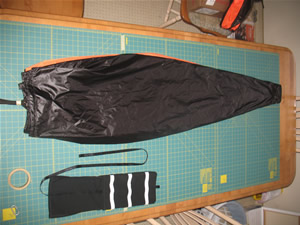 Step 1 - First, organize the parachute lengthwise. DO NOT FOLD OR WRAP! Instead, stuff it like you would a sleeping bag. 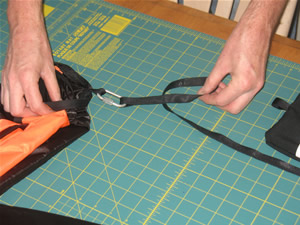 Step 2 - Connect the parachute's top loop to the shock cord inside the bag. This keeps the bag with the parachute after deployment. This is OPTIONAL! 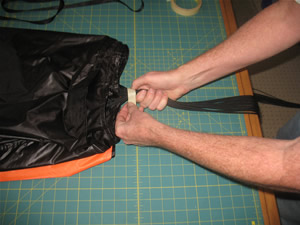 Step 3 - Temporarily put tape around the shroud lines before packing. This keeps the skirt of the parachute and shroud lines together while packing. 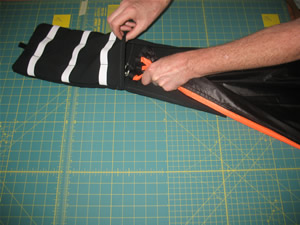 Step 4 - Now grab the crown of the parachute and stuff it in. 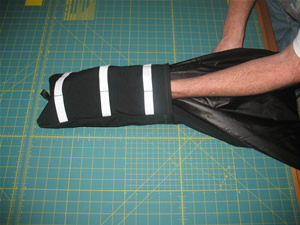 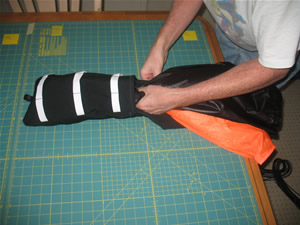 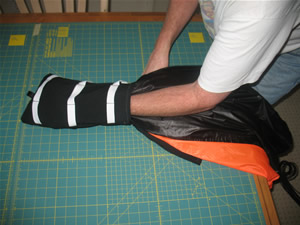 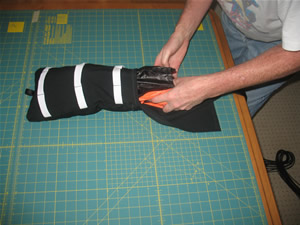 Step 8 - ...until you're up to the skirt of the parachute. Then push that in. The parachute is springy and will try to pop out. 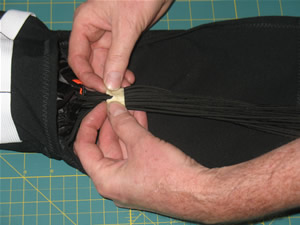 Step 9 - Next remove the tape, which has done its job of keeping the shroud lines together and organized. 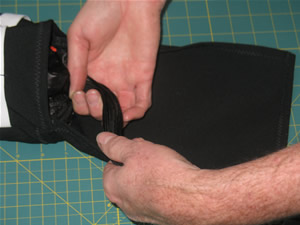 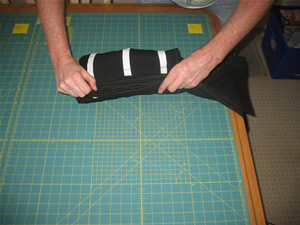 Step 11 - ...and pull them up neatly in a loop together just past the last elastic band. 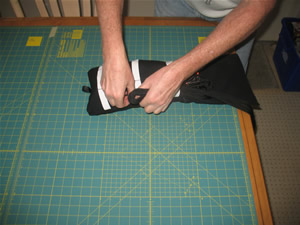 Step 12 - Then, tuck the shroud lines under the straps... 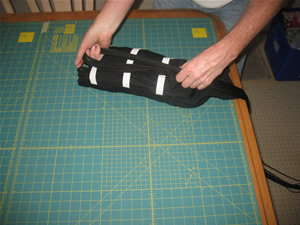 Step 13 - ...and keep going. You can double-up several folds under the same strap loop. KEEP IT NEAT! 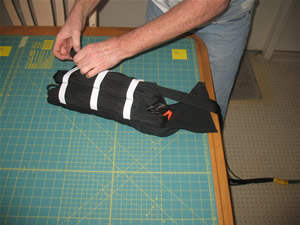 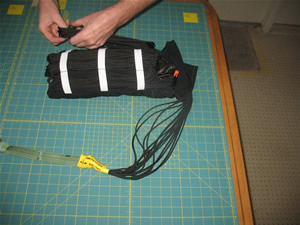 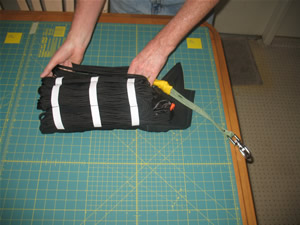 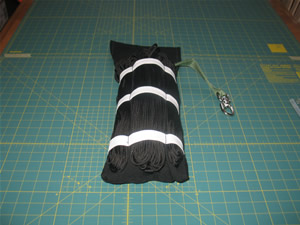 Step 14 - Fold over the flap and we're done! Be sure to connect a pilot parachute to the top of the bag to pull it off.

If properly packed, it will take minimal force to pull out the shroud lines, and a few shakes of the bag will cause the parachute to fall out.