It’s easy to use, it’s lightweight, it’s everything you’ve been asking for… the new DJI Mavic Pro Parachute Launcher is here and it's ready to save your drone, people, and property below in case of a crash.

When we began drafting plans for the Harrier Launcher we also started considering how we could use the Harrier with the Mavic Pro. 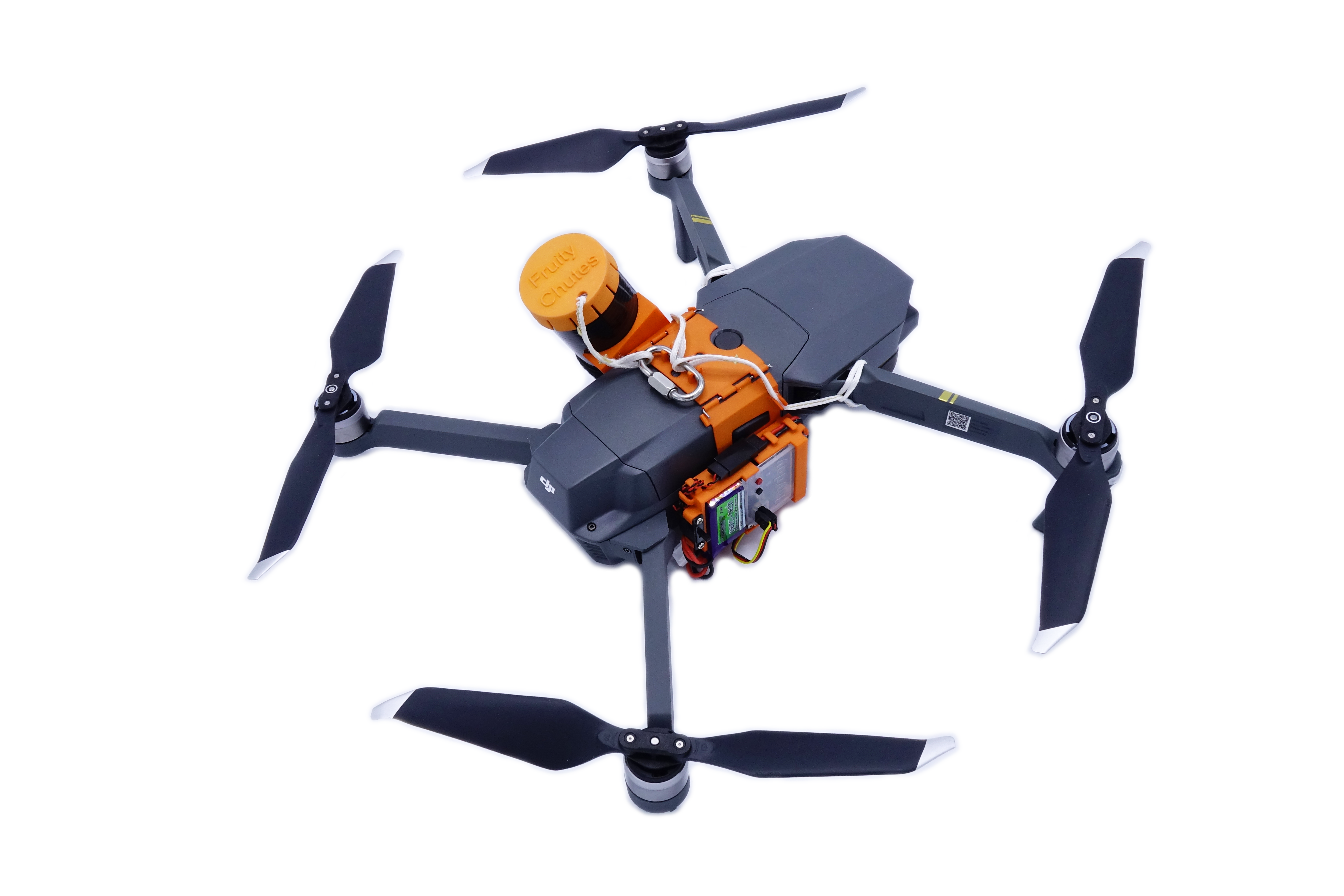 Why does the Mavic Pro launcher rock? 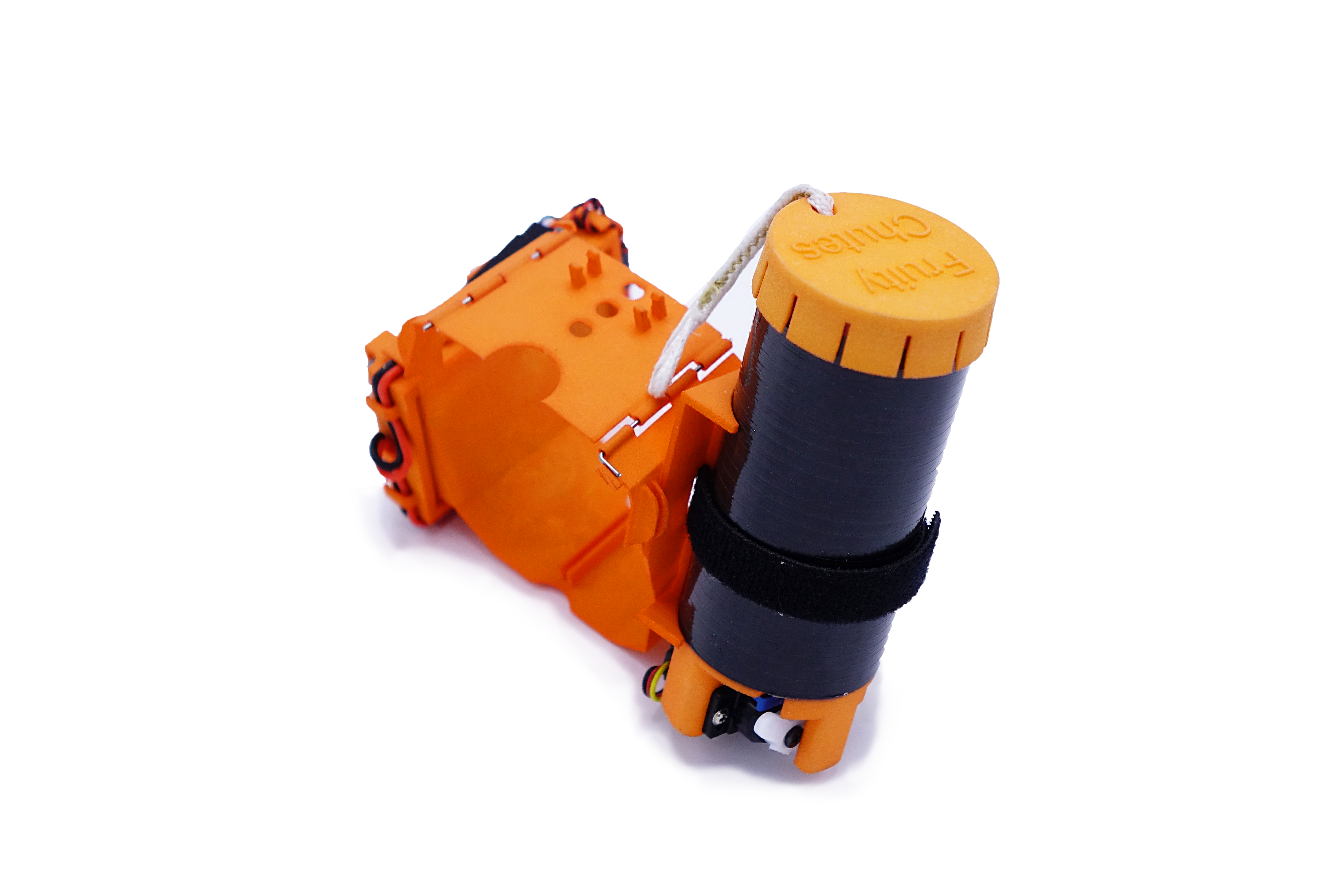 To launch the parachute the bundle provides the Harrier 40mm parachute launcher.  The Harrier features a high-energy compression spring that ejects the parachute out and away from the Mavic Pro quickly.  The launcher has no regulatory or transportation limitations so you can take your Mavic Pro with your Fruity Chutes parachute system anywhere you want.

The centerpiece of the parachute system is the Fruity Chutes Iris Ultra Light chute weighing just 0.96oz (27.7g). The parachute has a nominal rating of 2.5 lbs (1.2Kg) @ 15 feet per second (4.6mps) descent rate after deployment providing a nice gentle landing.  The parachute can easily work at heavier load weights of 2.4Kg or more. 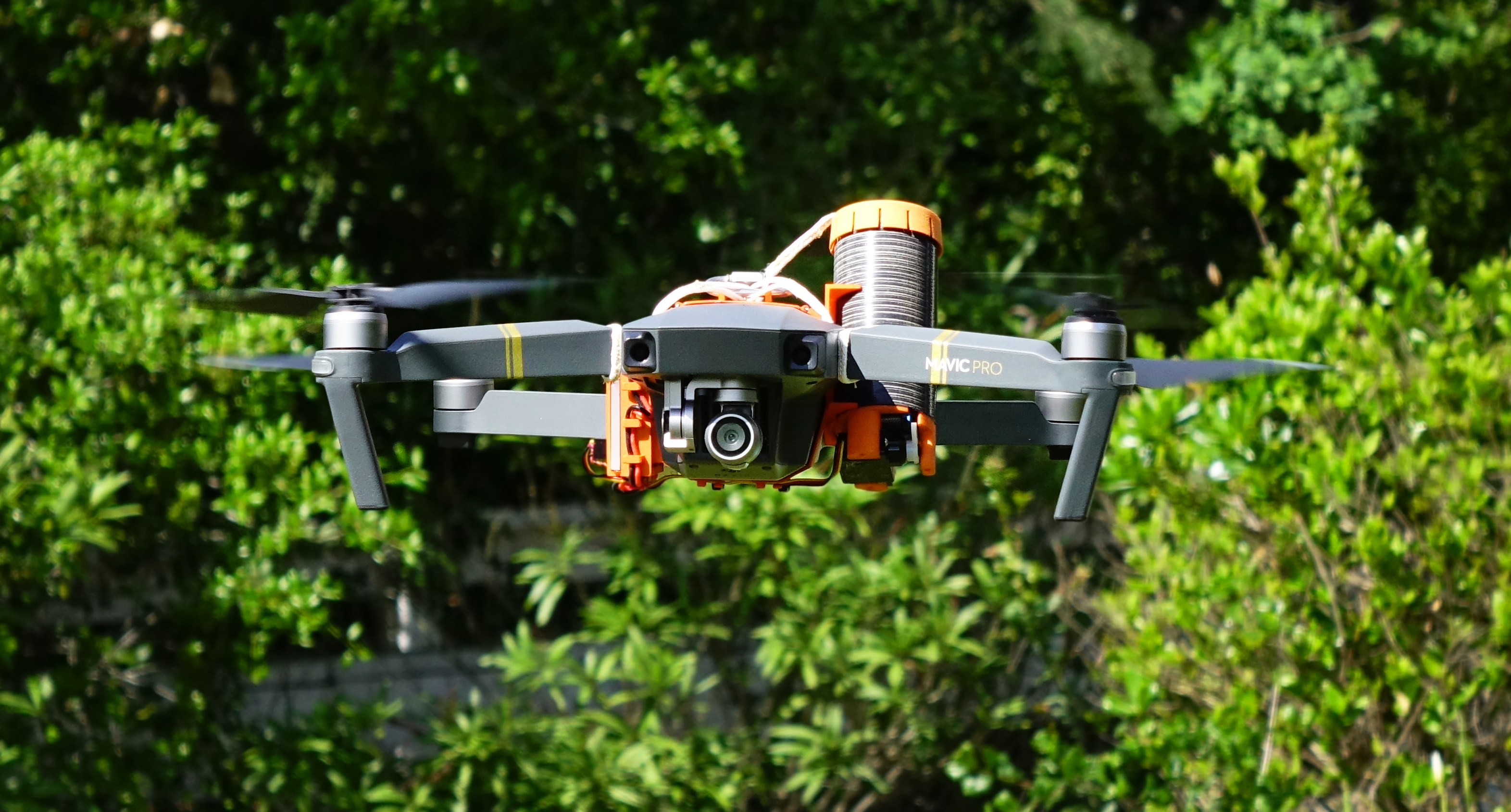 The Mavic Pro bundle includes a high tech integrated SLS printed mount that wraps tightly around the center of the copter. A hinge and pin allows quick mounting and removal of the parachute.  The mount holds the Harrier 40mm launcher on one side, and the ATS and battery on the other side.  It also allows good clearance of the Platinum Pro props, which are slightly longer.  There are even line stows integrated into the mount to secure the Spectra harnesses and keep them out of the props.

The parachute system is entirely self-contained, and not reliant on the Mavic Pro power so it works even if the copter’s battery has a complete failure.  The automatic trigger system (ATS) can detect if the drone suddenly falls, rolls, or flips.  Detection of a fall typically takes just 0.75 seconds, or about 16 feet of free fall.  By the time the pilot notices a problem, the parachute will already be ejected.

To make setting up faster a quick start guide is supplied with resource links to online tutorials and help resources.  QR codes are also provided to make navigation to help resources a smartphone click away.  And all Fruity Chutes products have a 2 Year warranty against manufacturing defects. 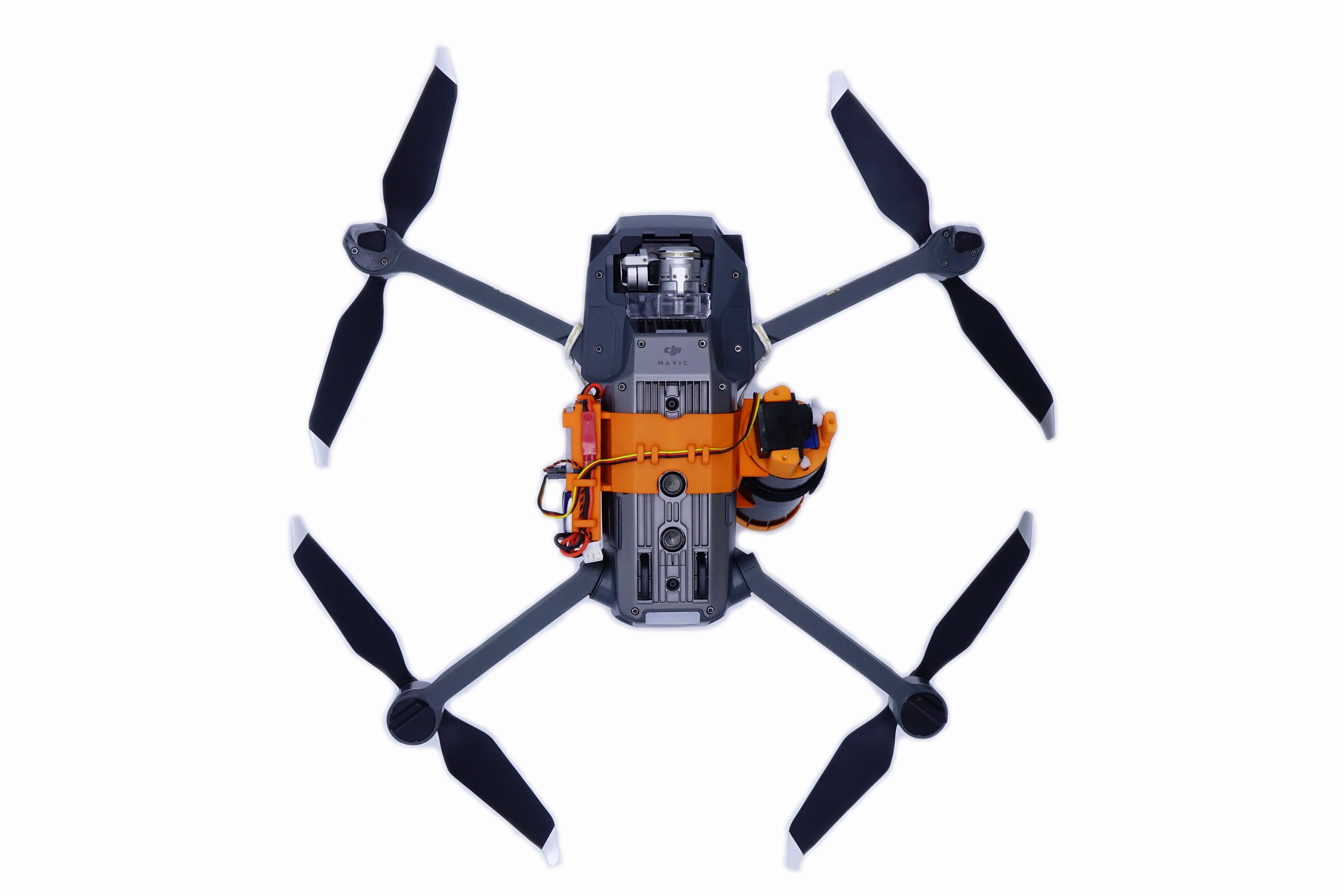