We are excited to announce the release of our latest update for the Sentinel Automatic Trigger System (SATS-MINI), a safety device that detects when a UAV fails and triggers the parachute to deploy. Unlike other automatic trigger systems (ATS) which are only optimized for multicopter applications, the SATS-MINI 1.2.1 update adds support for fixed-wing and VTOL operations. In addition, the failure detection algorithm has customizable parameters that can be optimized for the user’s particular vehicle.

The update marks the one year anniversary since Fruity Chutes soft-launched the product for select distribution, testing and refinement. Ten UAV companies have already begun integrating the device into their aircraft systems. Additionally, the device works seamlessly with the Skycat Rescue Radio, which can be installed into the SATS-MINI. 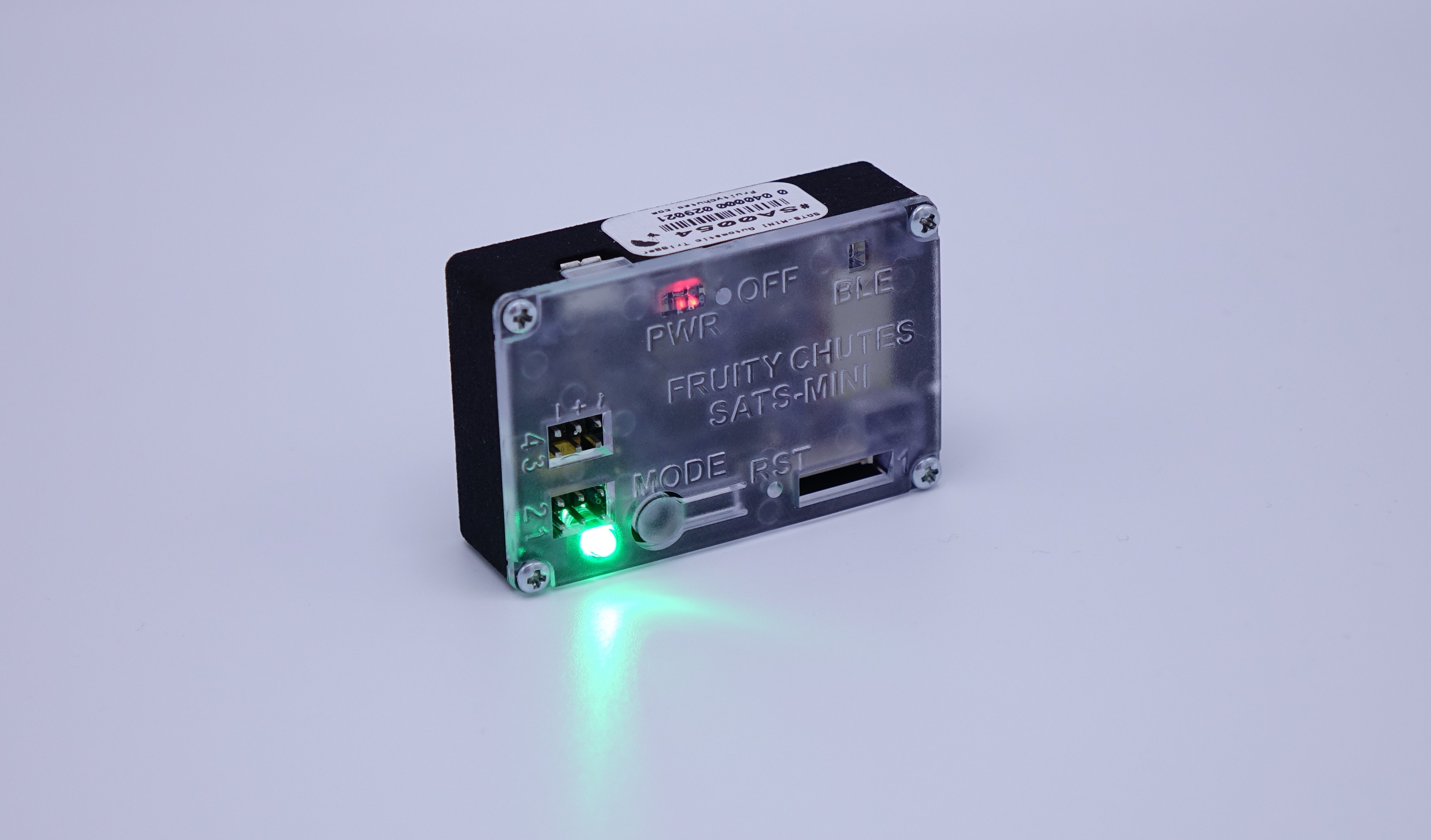 Another update feature includes new configurable black box logging parameters. The black box records flights with a real time clock chip that provides the dates and timestamps of events. In the case of a failure, it records when and how the failure occurred, logging the flight pattern both before and after the event that caused the failure and parachute ejection. With the 1.2.1 update, the logging features can now be configured to use logging space only in the event of a parachute deployment, allowing over 50,000 flights to be recorded before using all of the log space.

Download the 1.2.1 update for free and learn more about the SATS-MINI. The SATS-MINI is available for purchase.